While today, the kitchen and bath industry is largely a female dominated one, for many years, the prevailing belief was that a woman’s place was in the kitchen – but not on the professional end of things.

March is Women’s History Month, making it the perfect time to celebrate some of the women who helped to break the glass ceiling and redefine women’s roles and opportunities in kitchen and bath design. This month, KB Designers Network looks at three extraordinary women who have shaped our industry, along with their best advice for design professionals navigating the field today.

Florence Perchuk has always had a strong artistic side. Beginning her career as an opera singer, she soon reached the point where the next career step would involve lengthy trips to Europe – not ideal for a woman with two young children. So she returned to school at the New York School of Interior Design, taking additional courses at Parsons School of Design, and by the late ‘70s, she began working in the design industry. Unfortunately, there were only a few kitchen cabinet/appliance dealers in New York City, and she recalls that they basically took down and replaced cabinetry, with no real attempt at design.

She became a Certified Kitchen Designer after a potential client asked if she had credentials, and after working for another firm where she saw no real path to success, she started her own company in 1979, Designs by Florence Perchuk, Ltd., where she met two other female industry icons-to-be: Martha Kerr and Ellen Cheever.

By the early ‘80s, she’d decided to locate her office over the Roseline cabinet showroom on Park Avenue and 59th Street in New York, to identify with the designer/architect market. At the same time, magazines began looking for interestingly designed kitchens and she began publishing her work.

She notes, “In 1986, the [very prestigious] Kips Bay Show house invited me to take on a very large kitchen space. It was photographed by Interior Design magazine and House Beautiful and The New York Times, and followed by a two-page spread in U.S. News & World Report. I realize how fortunate I was to use the PR that came with all the publishing to make my name known to both potential clients, as well as the magazines publishing in that era.”

Being known is critical to success, but today’s designers may not have the options she did, as young designers today “are being faced with almost disappearing print,” she says. “That leaves the internet – and, I would emphasize, community appearances.”

While Perchuk is a strong advocate of networking – she was president of the Manhattan Chapter of the NKBA and collaborated with many well-known architects, including Robert A.M. Stern and Michael Graves – she also believes professional networking is just one part of the equation.

As a professor at Virginia Tech, Certified Kitchen Educator, founding faculty member of Virginia Tech’s Center for Real Life Kitchen Design and chair of its advisory board, Kathleen Parrot has devoted her career to education. However, her road to success wasn’t always an easy one. A Cornell University graduate, she found inspiration when a high school teacher laughed at her for wanting to go to Cornell, something women “weren’t supposed to do.”

Working as an illustrator after college, she found support from a supervisor who encouraged her plan to pursue a graduate degree, where she found she was passionate about being a professional in design.

“I believed there was a place for me there, as I believed in functional and supportive design,” she says. “Early in my career, I learned that kitchen and bath design was a good fit. I also learned that teaching – whether it was to people who would live in the designed space or those who would design the space – was satisfying and rewarding for me.”

Parrot was instrumental in the creation of NKBA’s Professional Resource Library, as a co-author of Kitchen Planning: Guidelines, Codes Standards, 2nd edition, and Bath Planning: Guidelines, Codes Standards, 2nd edition. Her work has been published in numerous other prestigious academic journals, and she is an NKBA Hall of Fame member.

A well-known designer, writer, educator, showroom consultant and industry presence, Ellen Cheever, CMKBD, ASID, CAPS, CLIPP, was one of the most influential women in the kitchen design sphere.

In the 1970s, she wrote the textbooks that many of today’s kitchen designers learned from; it was under her leadership as the NKBA’s director of Educational Services that the association’s Kitchen and Bathroom Industry Technical Manuals were first published. She continued to spend her career educating others in the industry, writing more than 20 textbooks and numerous articles, producing CEU credit seminars and webinars, serving on panels and providing advice on a wide range of topics to designers, manufacturers and consumers.

Her award-winning Wilmington, DE-based residential design firm, Ellen Cheever & Associates, was well known and regarded, garnering her a spot as one of Delaware’s Top Women in Business in 2017.

In 2018, the NKBA Industry Hall of Famer donated her copious writings to Virginia Tech’s Real Life Design Center, where they dedicated the Cheever Design Library to her.

Although she “semi-retired” several years ago, it never quite took; she continued to speak at various industry events and had just completed a project designing the family kitchen centers for the Ronald McDonald House upon her passing. 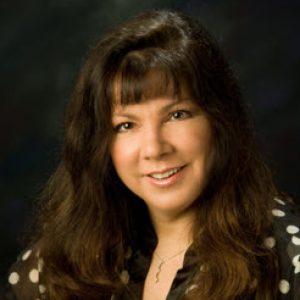